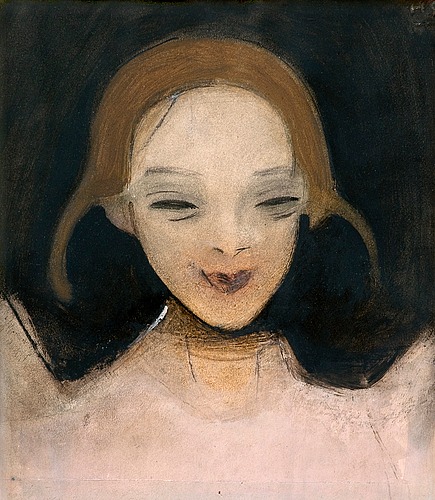 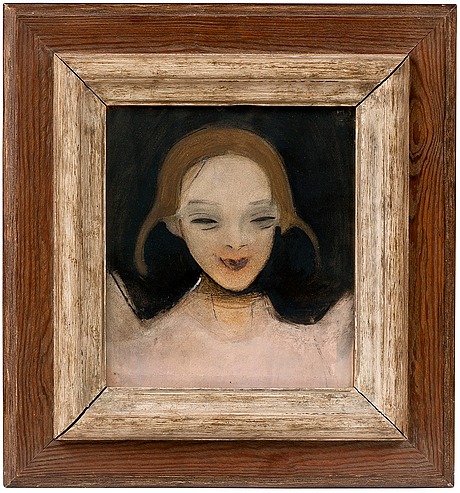 Helene Schjerfbeck and her models

On July 10 2012, it will be 150 years since the birth of Helene Schjerfbeck (1862-1946). Next year it will also be 110 years since the artist and her mother, Olga, moved to Hyvinkää, where they settled on June 1 1902. The same summer Helene Schjerfbeck turned 40. She lived in the little town by the railroad tracks for more than 20 years and here she painted her most important portraits of children and women. These portraits of models from Hyvinkää are among the works that established Helene Schjerfbeck as one of the leading modernists. Schjerfbeck always used a model for her portraits and during the early years in Hyvinkää, she frequently painted her mother. Many of the children that appear in Helene Schjerfbeck’s portraits lived in the neighborhood and also helped with household chores and were sent to fetch food from the railway station restaurant.
Some of the young women that Schjerfbeck painted were her neighbors and lived along the same road. Another sitter was one of her landladies. She also painted the portraits of the daughters of the local squire, the station master, the head gardener and the baker.
Katri Mäkinen (1910-1989, later Lindholm) was the youngest daughter of blacksmith Juho Kustaa Mäkinen (formerly Sahrman). In 1913 Schjerfbeck painted her for the first time, on that occasion together with her sister Martta. During more than ten years, the four Mäkinen children were among Helene Schjerfbeck’s favorite models. When they were not having their picture painted the children helped the artist with household chores. The girls, Elma, Martta and Katri cleaned the house and were sent to fetch food from the restaurant at the railway station. Their brother, Einari “the fire wood boy”, chopped wood. Katri was Schjerfbeck’s favorite model and, as the Mäkinens lived on the other side of the garden fence, it was easy for Katri to sit for the artist. Later Katri recollected that she earned one Finnish mark per hour for a sitting and “all I had to do was look like an angel”.
Later Helene Schjerfbeck painted new versions of her earlier work, as late as in 1945 she was inspired by portraits of Katri.

Purchased from Gösta Stenman in Stockholm. Since then in the same family.