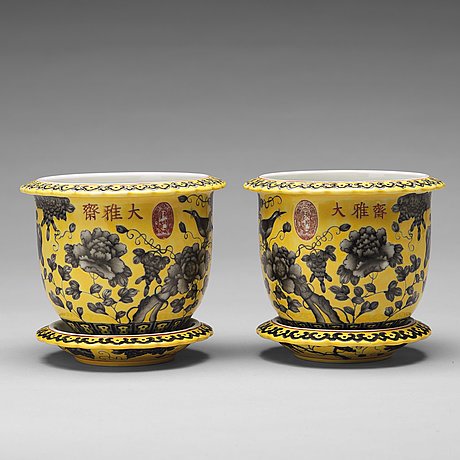 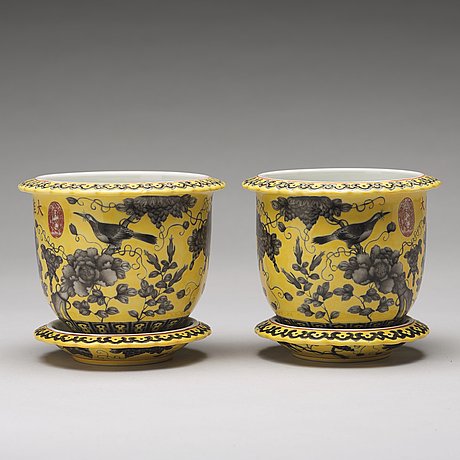 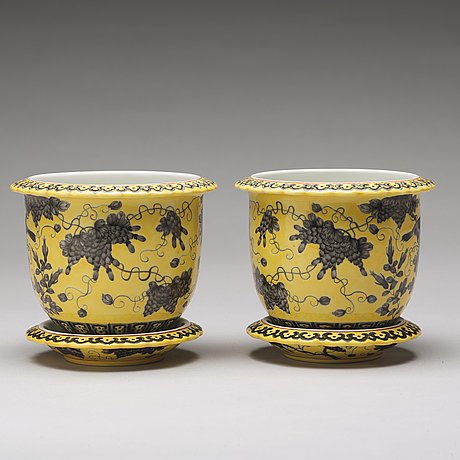 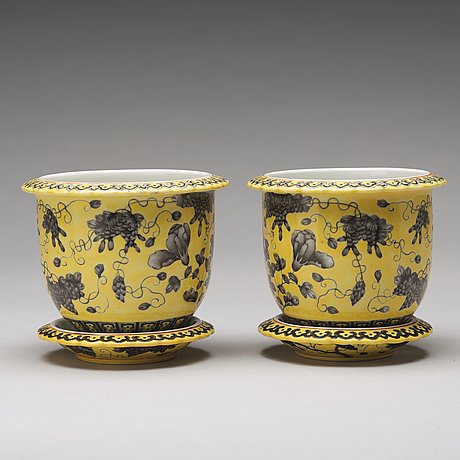 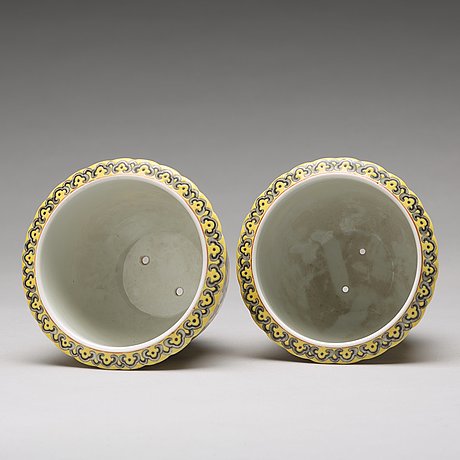 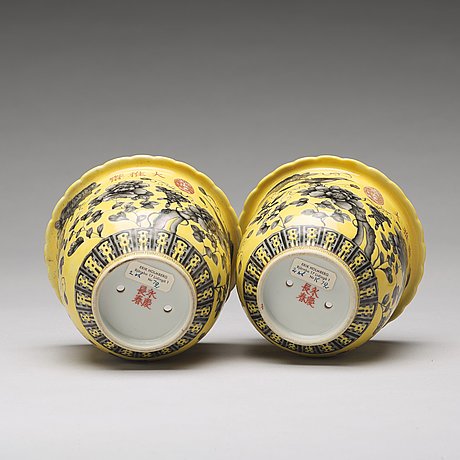 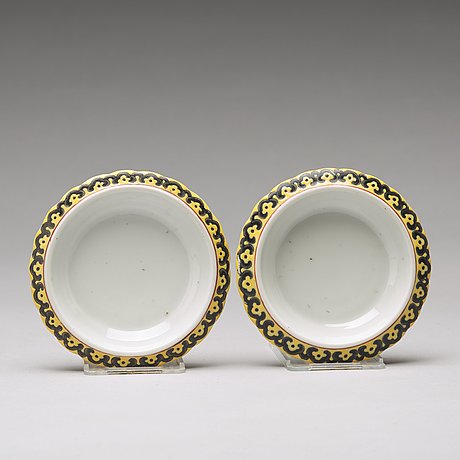 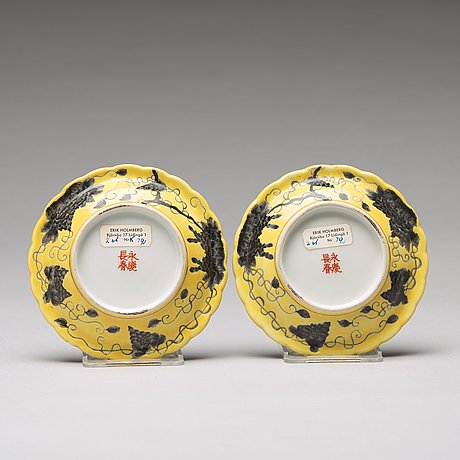 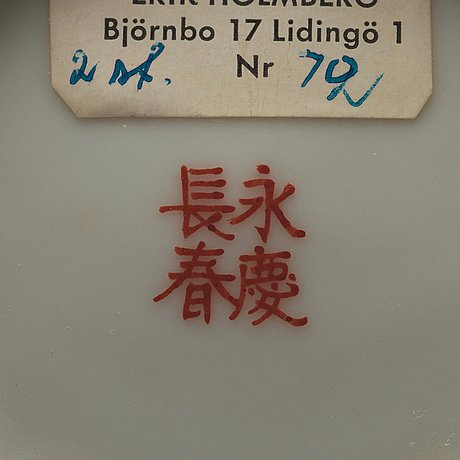 Decorated in grisaille against yellow with birds amidst visiteria and peonies. Height 12,5 cm. Diameter 13,5 cm.

There is a range of porcelains that bear the studio name Daya zhai (‘Studio of Great Elegance’; sometimes translated as ‘Studio of Great Culture’) that some say were made at the imperial kilns for the celebration of Cixi’s sixtieth birthday in 1894. Others suggest that the same name may have been used on other birthday wares in other years.

From the Collection of Erik Holmberg, thence by descent. Bankdirektör Erik Holmberg was born in 1888 (died 1972), married to Ester Holmberg (?-1955). Erik Holmberg made a career at Svenska Handelsbanken and worked there as a Bank Manager up until his pension. He grew up in Trysil, Norway which came to make an impact upon him and he continued to enjoy nature, skiing and hiking throughout his life. He and his beloved wife Ester lived in a villa at Lidingö, Stockholm where he also kept his wooden sailboat Albertina.