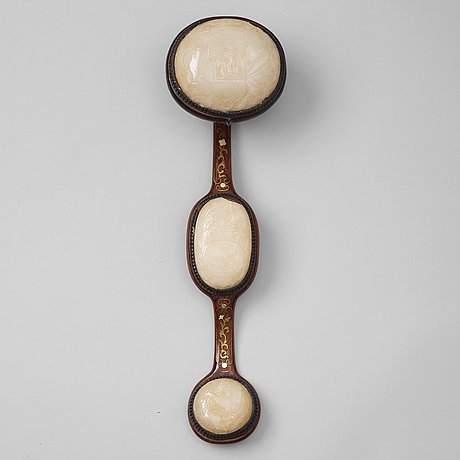 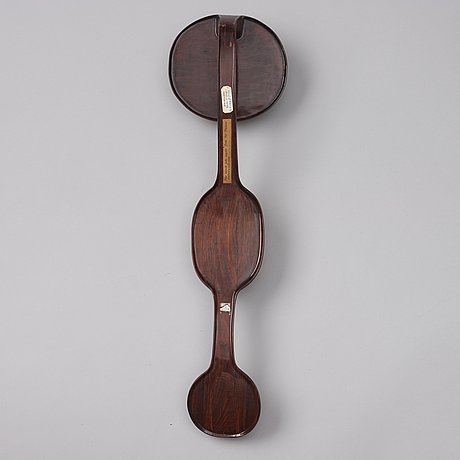 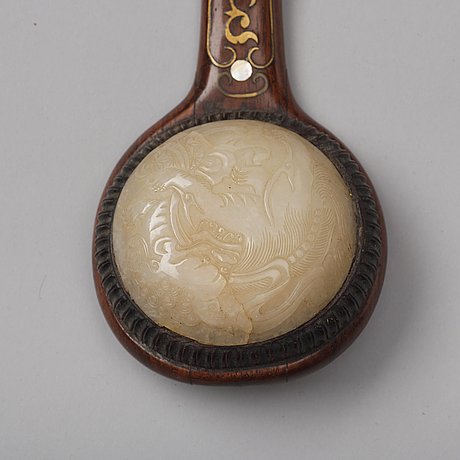 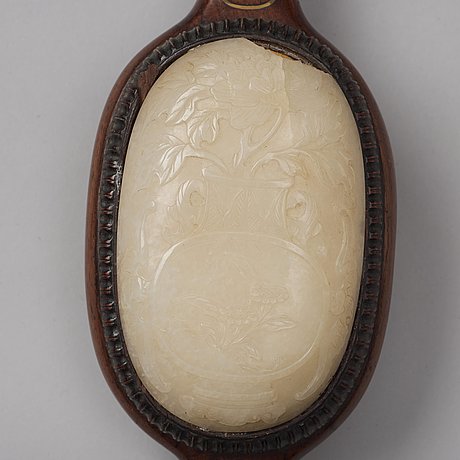 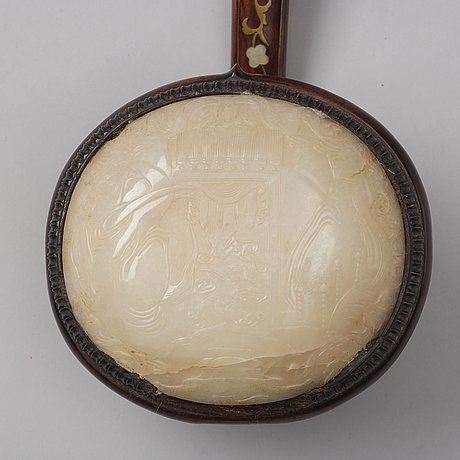 Wooden staff with inlays in mother of pearl and metal. Three rounded and carved nephrite one decorated with a mythical beast, the center one with a vase with flowers, the large one at the top with a fierce looking elephant. Lenght 55 cm.

From the Collection of Erik Holmberg, thence by descent. Bankdirektör Erik Holmberg was born in 1888 (died 1972), married to Esther Holmberg (?-1955). Erik Holmberg made a career at Svenska Handelsbanken and worked there as a Bank Manager up until his pension. He grew up in Trysil, Norway which came to make an impact upon him and he continued to enjoy nature, skiing and hiking throughout his life. He and his beloved wife Ester lived in a villa at Lidingö, Stockholm where he also kept his wooden sailboat Albertina.