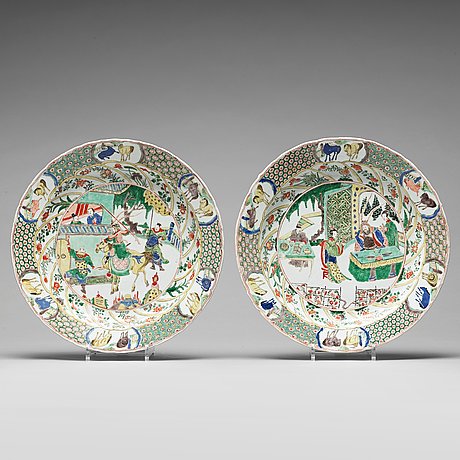 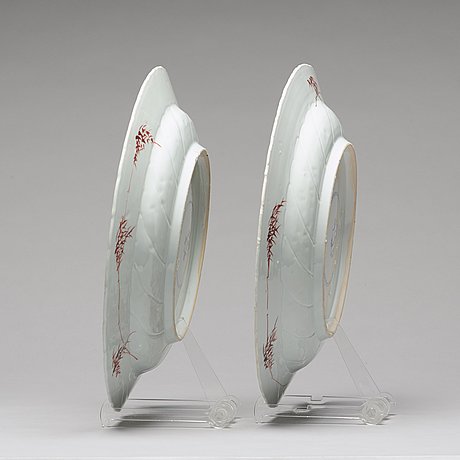 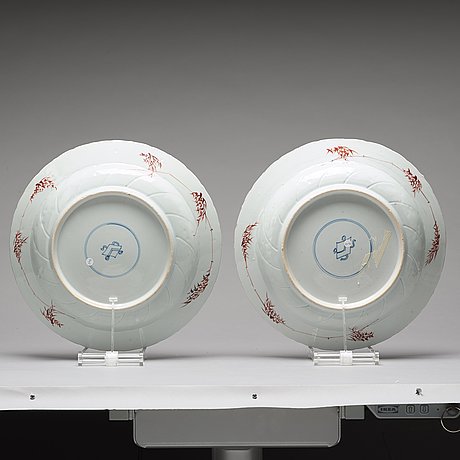 The left dish in the photograph is purchased from Van Halm, London, November 2008. The other dish Guest & Gray 2007.

This collection, which in the main focuses on the Interregnum and Kangxi periods has been both carefully and sensitively formed over the last twenty-five years. The collector, a member of the English Oriental Ceramic Society, has assembled the collection with an eye for provenance whilst purchasing from old European collections, well-established antique dealers and at auction.

Academically, the pieces have been well researched both in terms of their symbolism and narrative themes. In many instances the imagery on the pieces has been referenced to episodes in the romantic and historic novels of Chinese mythology, which were used extensively in the decoration of seventeenth century Chinese porcelain.

A similar scene taken from the “Romance of the Three Kingdoms” and depicting Lu Bu in the same headpiece of pheasants’ feathers can be seen in “Shunzhi Porcelain: Treasures from an Unknown Reign 1644 – 1661” , by Michael Butler, Julia Curtis and Stephen Little, No 57.